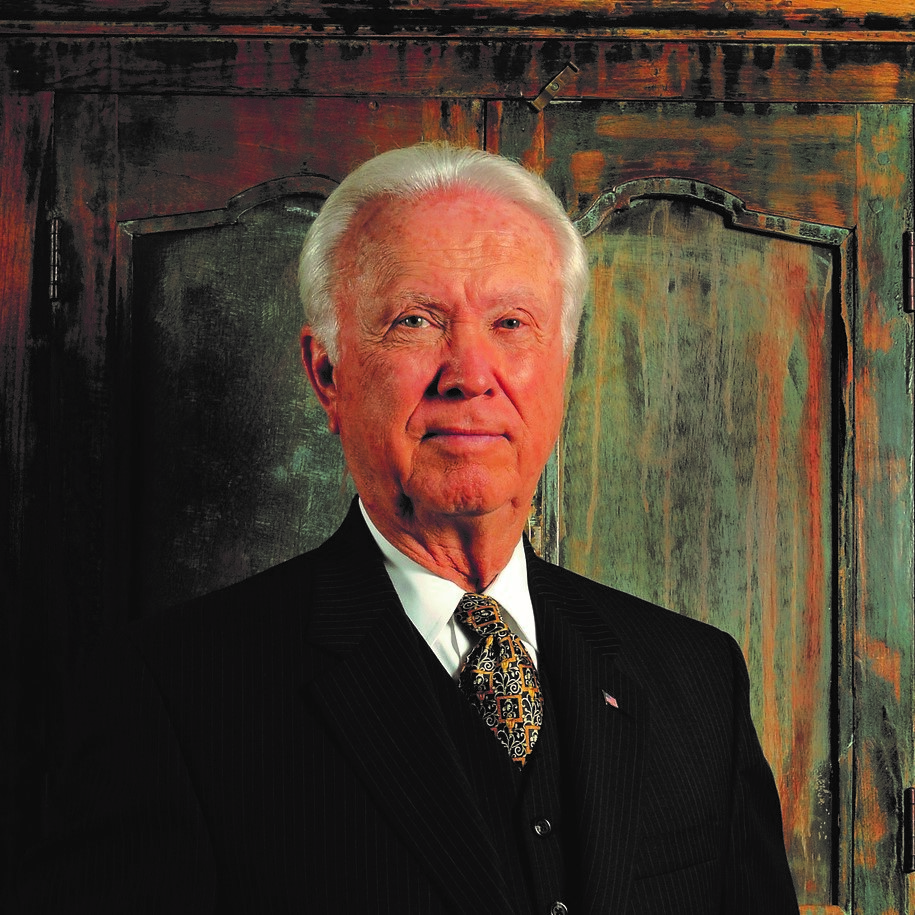 After graduating from Abilene Christian High School in 1952, I enrolled in Abilene Christian College, where I majored in Business Administration, and graduated in 1955. I spent the next two years, working with my brother, Phil Phillips, also an alum of ACHS, as a building contractor, after which I worked in sales prior to moving to Midland, Texas in 1958 to work as a weather-stripping contractor. In 1957 I married Jamie Bottoms. In 1962 we moved to Austin so that I could attend the University of Texas Law School. We returned to Abilene in 1965, and I took a position in the legal department of McWood Corporation. I opened my own general practice law office in 1967, and also began teaching Business Law at Abilene Christian University. In 1970, Jamie, our children, Celeste, Joel, and Phil, and I moved to California where I became the initial full-time dean of Pepperdine Law School. I served in that capacity for twenty-seven years, and in 1997 took on an advancement role at Pepperdine University, where I now serve as Senior Vice Chancellor & School of Law Dean Emeritus. My wife, Jamie, passed from this life in September of 1996. Over the years I coached Little League Baseball, Junior All American Football, and youth basketball and soccer. For many years I taught high school Bible classes, and have served as deacon and elder. After Jamie died, I moved my mother, Maudie Phillips, from Abilene to live with me, and she spent a full decade here, living to be ninety-nine. In addition to my three children and their spouses, I have seven grandchildren and two great-grandsons.

Q. What are some of your favorite memories of ACS?

My favorite memories of ACS would fill a book. I began my journey at ACS in the eighth grade. There are so many things about the school that I love. Most of all, I had the opportunity of being associated every single day with people whom I respected and admired, that were attempting to be the kind of people that the Lord wanted them to be. That would include both fellow students and faculty. The school was small enough that we really had the opportunity to know each other very well. I recall "mountain climbing" events on the hill in Buffalo Gap, (I have a real mountain now in my back yard that cannot be climbed in a few minutes.), all manner of celebrations where we dressed up in our finest, our productions of "H.M.S. Pinafore" and I believe it was "Our Miss Brooks." Our senior class trip to San Antonio, and time there spent on the River Walk, was truly memorable. Of course, we also participated heavily in the events of ACC (now ACU). During my time at ACS, (I graduated in 1952), we all went to drive-in cafes where car hops came to your car to take your orders and put a tray on your window to hold the food. Mack Eplen's Drive In was the place to go. Right across from the school was Woosley's Drug Store, where its brownies, malts, cherry or lime cokes, etc. were part of one's week.

Q. Did you play sports at ACS?  If yes, which sport(s)? If no, were you in any clubs/groups? if yes, which ones?

I played basketball, but not particularly well. I played baseball my junior year, and that was my favorite sports experience. I tried my hand at track as a sprinter my senior year, but an injured quad left over from the basketball season was too much of a problem to overcome. My senior year I served as president of the Letterman's Club. I was on the Cactus staff, was president of the Spanish Club, was a member of Masque and Sandal, A Capella Chorus, Boy's Quartet, and I was president of my senior class and class valedictorian. We all tended to be engaged in a great many activities.

Q. Was there one person/teacher at ACS that influenced your career path?

There were many positive influences on me, but Miss Bertha Casada was quite remarkable. She expected her students to excel, and not be content with anything less. Her assigning us to write some poetry was instrumental in my eventually taking on song-writing as a hobby in recent years, having learned that I enjoyed creating rhymes. The Cactus yearbook my senior year was dedicated to Miss Casada. In a conversation with classmate Betty Boles Freeman a couple of years ago, she talked at some length about Miss Casada and her influence on all of us.

Q. When was the last time you visited the ACS campus?

Unfortunately, I have not been to the ACS campus since the school moved from the Zona Luce building on the ACU main campus.

Q. Do you keep in contact with any other ACS Alumni on a regular basis?

There are several ACS alums that I have had various levels of contact with in recent times. Within the last few years I have visited by phone with classmate Alvis Trigg and, amazingly, he and his wife and new baby lived for a few months in 1962 right next door to my wife, Jamie, our two little ones, and me in Midland, Texas. This was not planned, but was one of those in-explainable phenomena, that is, until you put the Good Lord into the equation. I have seen classmate Jimmie Haller when I returned to Abilene for the memorial services for my mother, and later, my brother, Paul. I have visited on a number of occasions with Betty Jean Boles Freeman and Gloria Post Sealey, both of whom have lived in Southern California for much of their adult lives. I have had email exchanges with George Moore, Marylois Hailey Hoot, George McCormick, Harold Woosley, Paul Southern, and possibly others from my time at ACS. I have also come to know Amber Pickett Higgins ('04) and Kimberly Hill Gilbert ('80), and I see them quite often. Of course, my siblings, Phil H. Phillips, Paul Phillips, and Betty Phillips Grant are ACS alums.

Q. If you could offer one piece of advice to our student body what would it be?

Giving advice is a tricky thing to do, because whatever I might suggest can always be improved upon - by me after thinking about it longer, and by many others just as soon as they read it. With that disclaimer being said, I would suggest that keeping the Lord in the center of your life, cultivating and honing whatever gifts you have been given, and then using them for the glory of your Creator, developing early in life a set of values and habits that you never need to change, and learning how to genuinely love and serve others, will go a long way towards giving you a sense of peace when you look back at how you have spent your life.